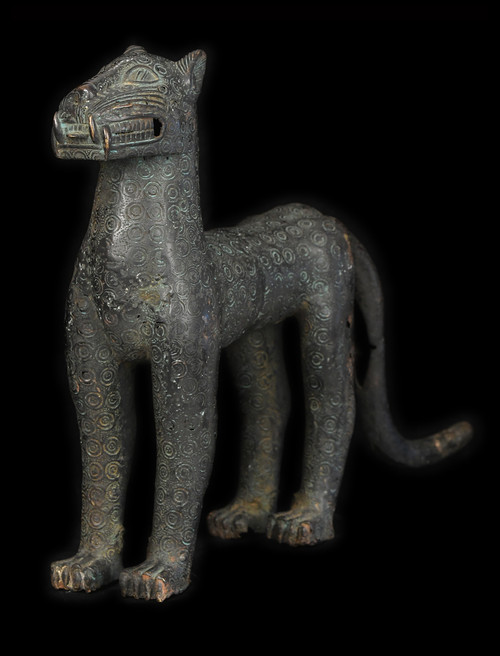 During the latter part of the 16th century, the casting of lost-wax figures and other objects flourished in Benin City and the nearby town of Edo. Most of the Bronze work in Edo and other regions were influenced by the royal art of Benin.

Precious materials like bronze and copper were mainly used to create images of authority, power and leadership, such as these imposing leopards, which were solely the prerogative of the king of Benin, to display in his court. Symbolizing his authority, this pair, designed as water vessels, was used in the washing of the king’s (Oba's) hands before important ceremonies. They are among the finest examples of Benin artists’ technical mastery.