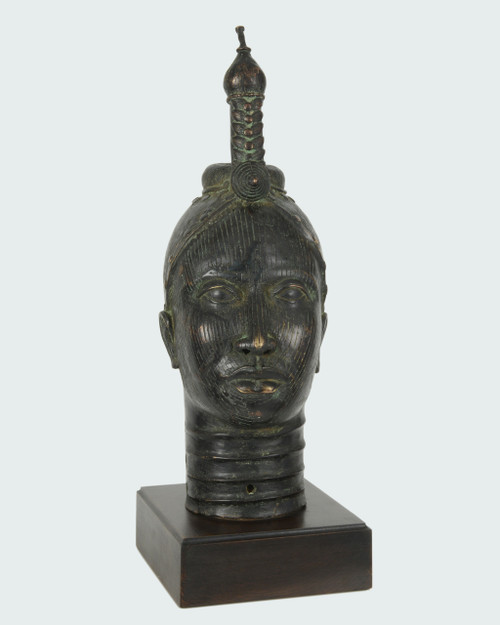 In the ancient Benin Kingdom of Ife, in the south central present day of Nigeria, the Iyoba occupies an important and historically significant place within Benin’s political hierarchy. The title was first conferred upon Idia, the mother of king Esigie, who used her political skills to save her son’s kingdom from dissolution in the late fifteenth century. Ever since that time, queen mothers have been considered powerful protectors of their sons, and, by extension, the kingdom itself. Because of the enormous esteem in which they are held, they have the right to commission cast brass sculptures for religious or personal use. This magnificent bronze head shown here is a commemorative piece of a Queen Mother.