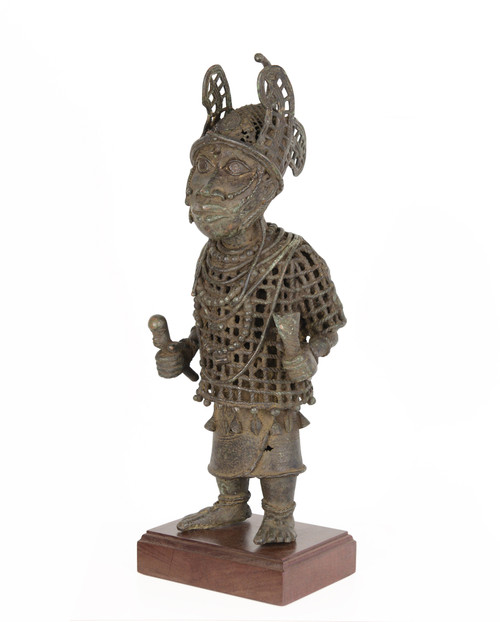 An Important Royal Figure The Oba (King) of Benin

For over a thousand years The Kingdom of Benin in the southern present day Nigeria was a political power. The bronzes of Benin are the outcome of long tradition. The discovery of the Benin bronzes dates from 1897, when the  British punitive expedition stripped the city of Benin of many objects which were carried to London.

Royal alters were major shrines in the palace of the “Oba” (King) of Benin. The title of “Oba” (King) is passed on to the first born son of each successful king of Benin at the time of his death. The first obligation of each new king during his transition of rule is to commemorate his father with a portrait cast in bronze and placed on an alter at the palace. They functioned as a tribute to the deceased and a point of contact with his spirit. This powerful figure shown here portrays the Oba (King) of Benin.