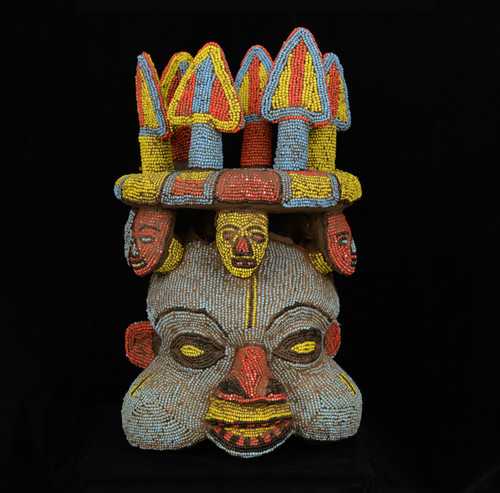 This colorful and exceptional headcrest is decorated with authentic assorted African glass beads; includes traditional and royal folk imagery. The chief’s crown consists of six presumably sub-chiefs, with six swords carefully installed on top of the crown - signifying strength and power of the chief. Despite its appearance, it is not known if the headcrest was ever worn, since it was for ceremonial occasions.