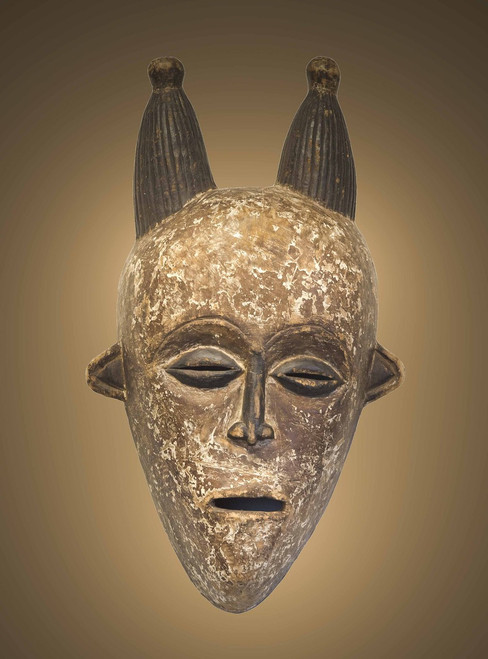 The Luba and Songye ethnic groups are related to a common ancestors. Konglo, the founder of Luba Empire in the sixteenth century was a Songye. After waging war against one another for a long time, they later formed alliance to fight the Arabs. The mask derives from the Songye culture, and was used in commemorative ceremonies of Queen Mother. Fine aged patina.