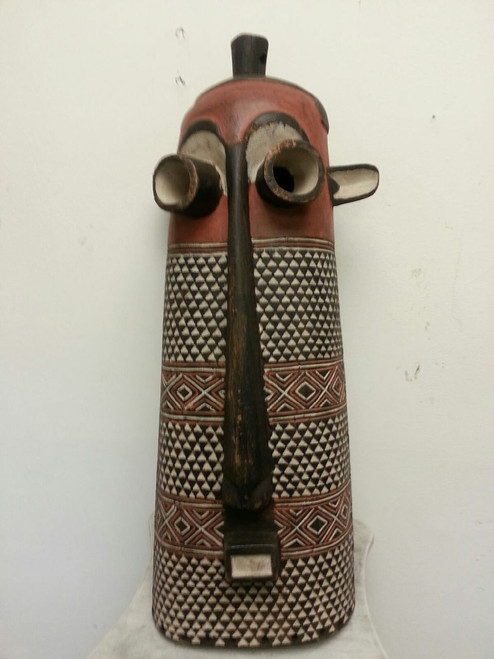 The Pende people are of Angola origin; but have since the 18th century lived in the Democratic Republic of the Congo, in the Kwango and the Kasai region.They sculpt many objects like staffs and masks such as this one shown here. Unlike most masks that conform to the vertical axis of the human face, this zoomorphic piece is more colorful than the classical Pende works. With a large, long nose, proportionally large ears, enormous protruding eyes and mouth extended from the head. The entire face of the mask is painted by an incised black, white, and red zigzag lines that separate the lower part from the upper part which is painted solid red and white. The two lines painted red, black, and white is complemented by several Xs in white across the lines adds drama to this unusual masterpiece; which was danced to entertain foreign dignitaries.