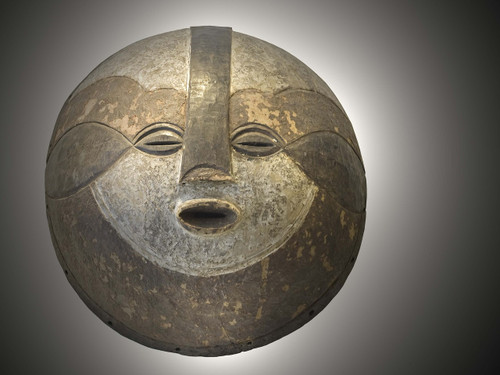 Democratic Republic of the Congo

The Grassland Kingdom of Cameroon consists of three ethnic groups – the Bamileke, the Bamun and the Bamenda-Tikar. These groups are spread over the southwestern plateaus of the savanna and number about 1,200,000 people.

This intricate shield, carved out of a single piece of wood, with several lizards in circles, protecting a powerful looking mask in the center, was used as an instrument of societies with political, administrative and judicial functions. It was kept in the Chief’s palace, only to be brought out during annual festivals.