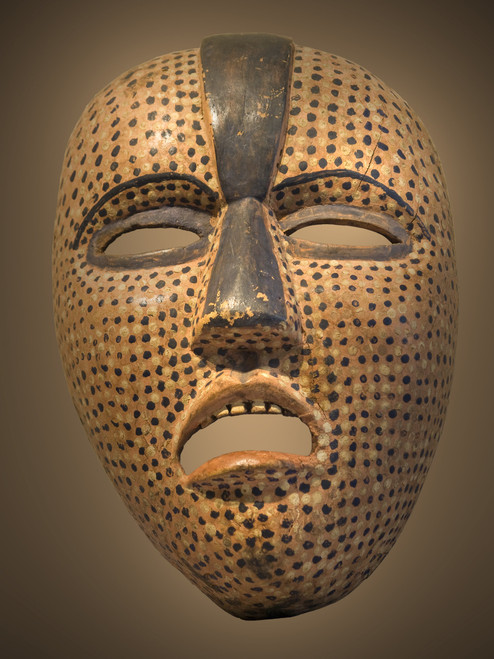 The Luba and Songye ethnic groups are related to common ancestors. King N'konglo, the founder of the Luba Empire in the sixteenth century was a Songye. After waging war against one another for a long time, they later formed alliance to fight the Arabs. Luba art varies from region to region, and has influenced the art of neighboring people including the Tabwa, Boyo, and Hemba. This rare and fine mask shown here with masterful decoration of colors, derives from the Songye culture; yet, it is a Luba mask. As most Luba art is associated with royalty, this piece is no exception; and supposed to have been used in ceremonies associated with chieftaincy. Fine aged patina, with a few cracks, but in great condition.

This mask is has a BIG DISCOUNT